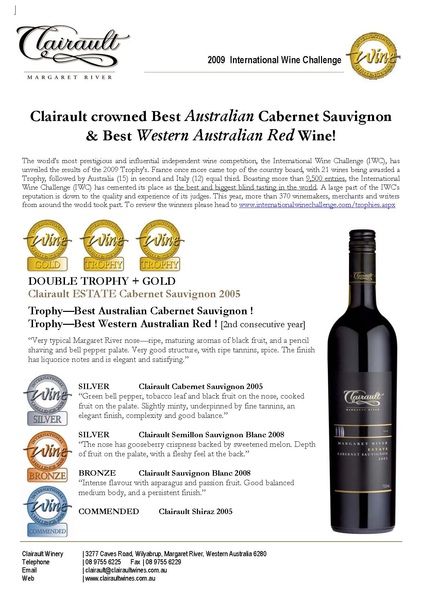 The world’s most prestigious and influential independent wine competition, the International Wine Challenge (IWC), has unveiled the results of the 2009 Trophy’s. France once more came top of the country board, with 21 wines being awarded a Trophy, followed by Australia (15) in second and Italy (12) equal third. Boasting more than 9,500 entries, the International Wine Challenge (IWC) has cemented its place as the best and biggest blind tasting in the world. A large part of the IWC's reputation is down to the quality and experience of its judges. This year, more than 370 winemakers, merchants and writers from around the world took part. To review the winners please head to www.internationalwinechallenge.com/trophies.aspx

SILVER Clairault Semillon Sauvignon Blanc 2008
“The nose has gooseberry crispness backed by sweetened melon. Depth of fruit on the palate, with a fleshy feel at the back.”

Established in 1976, Clairault Wines is one of the oldest privately owned vineyards in the premier Wilyabrup appellation of the Margaret River Wine Region. Owned by The Martin Family, Clairault produces 200 tonne of exceptional quality wines and continues to enjoy much success at prestigious wine shows within Australia and overseas.

This is as a result of an uncompromising focus on quality rather than volume. In the Vineyard, this has
involved the deployment of biological farming and a significant investment into mature vine management. Biological farming is a mix of organic and conventional farming techniques which places a strong emphasis on soil biology. These techniques result in high quality crops, while using significantly less herbicide, no insecticides and no synthetic fertilisers.

The biological farming, sustainable and low intervention approach techniques that were introduced into the Estate’s vineyard six years ago are unmistakably enhancing the quality of the fruit. This, along with the outstanding winemaking skills of Will Shields and his team,creates a wine that is truly unique and distinctive to Clairault’s vineyards.

Clairault has also earned an enviable reputation as one of the regions most popular Cellar Door restaurants, offering a sophisticated yet relaxed dining experience to accompany the internationally acclaimed wines. A natural extension to the existing wine tourism experience will be the future development of a European styled five star vineyard spa resort. This is expected to be developed over the next 2 years.
For more information visit www.clairault.com or contact Belinda Hopkins by email marketing@clairaultwines.com.au or by phone on (08) 9755 6225. 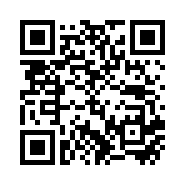