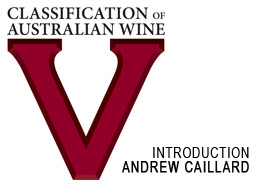 Langton’s Classification of Australian Wine V is a “form guide” of Australia’s best performing and most prized wines. It was first published in 1990 to create interest and build demand in the fledgling Australian secondary wine market. Followed by wine collectors and wine trade around the world it has become an Australian institution with a prestigious international currency. It is arguably the most famous and widely respected wine classification outside of Europe.

Langton’s Classification V comprises 123 ultra-fine Australian wines, each with a reputation for authenticity, consistency and provenance. Revised every five years, the classification portrays an evolving wine making culture that lies at the forefront of Australian innovation and excellence in the world of fine wine. It also reflects a continuing momentum towards single vineyard wines and regional identity. It maintains a strong emphasis on red wines, particularly labels with renowned cellaring potential.

Based on a track record of demand at auction over a long period of time, Langton's Classification of Australian Wine reflects the sentiment of a well-informed market rather than an individual. It has set an Australian fine wine agenda for two decades by highlighting and documenting the best performing wines on the secondary wine market. The classification’s existence is designed to inspire debate and engage collectors world-wide with Australia's most exquisite and distinguished wines.

The evolution of Langton’s Exceptional category highlights the progress of winemaking philosophy and the growing stature of ultra-fine Australian wine.

Penfolds Bin 95 Grange, Shiraz, Australia's pre-eminent First Growth, continues to lead the Classification through its historic symbolism, enduring quality and continuing market dominance. Its reputation and influence is profound. The discoveries, innovations and development of the Penfolds method impacted greatly on winemaking philosophy throughout Australia. The breakthrough science, which underpinned Max Schubert's Penfolds Grange, also set in train new winemaking standards that would permeate across the world. *Originally rated Outstanding (A) in Langton’s first Classification but the category was revised to Exceptional in 1996.

Henschke Hill of Grace, located in the Eden Valley subregion of the Barossa Valley, is Australia's most renowned single vineyard in Australia. It still comprises old colonial vine stock brought out by Silesian settlers around 1860. The wine is inextricably linked to Grange through both its early winemaking blueprint and “push-pull” relationship on the secondary wine market. During the 1990’s it emerged as a superstar as collectors embraced Australia's old-vine inheritance and appreciated its unique scent of place. The Yarra Valley’s inspirational Mount Mary Quintet Cabernets, first vintaged in 1976, was an early cult wine that has enjoyed a strong presence at auction for over three decades. The Late Dr John Middelton's quirky newsletters and anti-establishment rantings endeared Quintet to the secondary market. Never really lionised by wine critics, it established its own impetus through consistency, uniqueness and beauty. Its continued appeal reflects a successful transition to the second generation, and a continuing family connection with the landscape.

By the turn of the millennium the transcendent Moss Wood Cabernet Sauvignon and Leeuwin Estate Art Series Chardonnay reached a new market zenith, reflecting Margaret River’s remarkable rise in prominence as one of Australia’s classic wine regions. It is perhaps surprising that Coonawarra, established in the late 1890s, has not achieved the same triumph, especially considering its overall market presence. There are plenty of historic Coonawarra vintages including Woodley's Treasure Chest Series, 1962 Mildara “Peppermint Patty” and 1966 Penfolds Bin 620 Cabernet Shiraz. The most celebrated Australian wine of the period 1962 Penfolds Bin 60A Coonawarra Cabernet Kalimna Shiraz also comprised regional components. Nonetheless Penfolds Bin 707 Cabernet Sauvignon, substantively a Coonawarra wine, still commands a pole position. The “awakening dragon” to Australia’s north appears to have an insatiable appetite for this wine. The Clare Valley’s muscular Wendouree Shiraz, steeped in a 19th century tradition and prized for its authenticity, is an enduring fine wine marque. With superb concentration and lasting power, it represents an evocative Australian bush idyll.

The stories behind the latest additions to the Exceptional category add to the narrative of Australia’s unfolding fine wine tradition. Each of these wines is evocative of personality as much as wine making method, vineyard site and regional identity. Iain Riggs, Chris Ringland, Roman Bratasuik, Tim Kirk, Jeffrey Grosset and Dave Powell have all challenged and broken through the mold. These Exceptional wines are recognised by the secondary market for their individuality and difference. An Australian "First Growth" does not necessarily anchor itself in the successes of another era. While heritage evokes continuity, culture and a connection with the landscape, the wine must ultimately stand up to the scrutiny of the market.

The Barossa is an impressive if not spectacular secondary wine market performer. The diversity of style, compelling sub-regional difference and warm personalities have captured the imagination and admiration of collectors from all walks of life. Barossa Shiraz and Eden Valley Riesling particularly, are recognised and loved for their age-worthy characters. Twenty Five years ago, it was predicted that the Barossa would die. The further addition of Kaesler Old Bastard Shiraz, Penfolds RWT Shraz, Torbreck The Descendant Shiraz Viognier, Turkey Flat Shiraz, Yalumba The Signature Cabernet Shiraz, Pewsey Vale Contours Riesling, Leo Buring Leonay (Eden Valley) Riesling, not to mention the Barossa components of Penfolds Bin 28 and Penfolds in 407, all reflect a remarkable ascendancy.

The return to form of the superb Wynns Coonawarra Estate John Riddoch Cabernet Sauvignon and the “Outstanding” addition of Balnaves The Tally Cabernet Sauvignon reflect a renewed confidence in Coonawarra. It is no coincidence that there have been huge advances in viticulture and winemaking in recent times. Winemaker Sue Hodder and Viticulturalist Allen Jenkins, joint winners of the 2010 Gourmet Traveller Wine Magazine Wine maker of the Year, epitomise the contemporary fine wine standard.

When drilled down to its basic structure of 58 Shiraz/ Shiraz blends, 40 Cabernet/ Cabernet blends, 15 White wines and 10 Pinot Noirs, Langton's Classification V clearly illustrates that Australia's finest and most prized wines possess a reputation for longevity or represent the very best of genre or regional provenance.

The future of ultra-fine Australian wine is inextricably linked with authenticity, regional provenance and individual expression. The movement towards sustainable farming has gathered extraordinary pace over the last decade. Organic and biodynamic practices have become a leitmotif of ultra-fine Australian wine. Although refined and bespoked, the winemaking techniques first introduced by Max Schubert during the 1950s, is a prevalent "traditional practice" across Australia. The wave of protective red winemaking during the 1980s, which challenged the status quo of the time, has not taken hold. The legacy of this period, however, is a culture of cleanliness, meticulous attention and inquiry. The introduction of screw cap has profoundly altered the trajectory of ultra-fine wine, particularly aromatic whites. Although contemporary winemaking is more intuitive of the landscape and the inherent character of the fruit, an understanding of science and nature remains an important foundation. Climate change, sustainable practices and water resources are growing issues but this must be put in the context of evolution and a desire to look after a fragile landscape. Langton's Classification of Australian Wine V reflects a dynamic ultra fine wine scene where heritage, innovation and progress are interlaced. It will continue to evolve as collectors and wine drinkers respond and share in the uniqueness, beauty and spirit of Australia's finest wines. 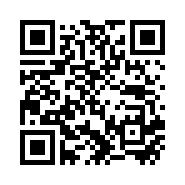